Half a million dollars sure isn’t what it used to be!

What you can get for that amount varies dramatically from city to city.

In his column in Switzer, John McGrath takes a look at what $500,000 will buy you in Sydney, Brisbane and Melbourne.

In our latest annual McGrath Report, we took on the challenge of working out where young buyers with a budget of $500,000 could afford to buy and what type of property this budget would allow them.

We analysed sales and new listings data from this year only for Sydney, Melbourne and Brisbane on realestate.com.au and we also referred to research published in the July 2015 Residential Report of independent property valuation firm, Herron Todd White.

In Sydney, half a million will buy a studio or one bedroom apartment if you know where to look in the inner and middle rings.

In Brisbane, you can buy a three bedroom house in many areas close to the CBD.

In Melbourne, $500,000 is enough for a two bedroom apartment or a smaller house in certain suburbs.

No wonder more Sydneysiders are considering a move to the north or south capitals these days. 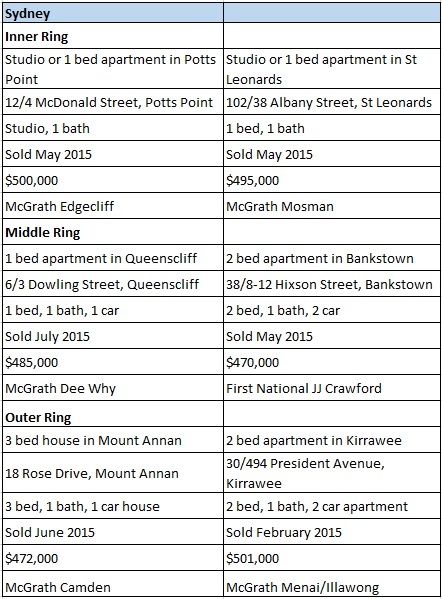 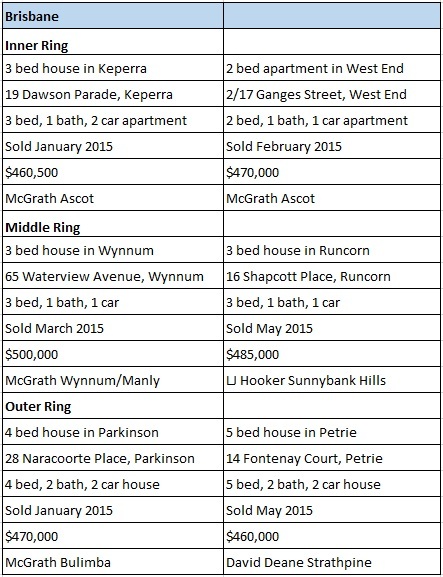 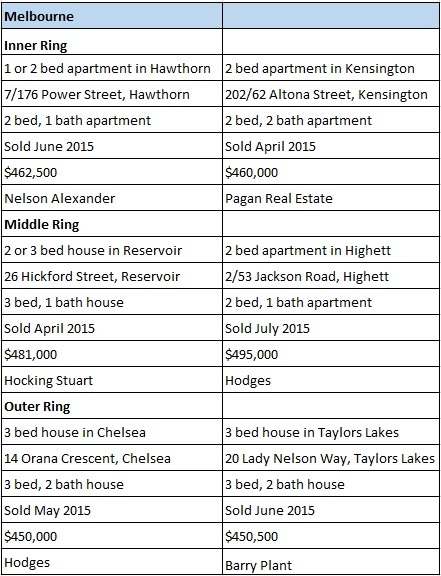