Transforming Lives, One Home At A Time

09 Apr Transforming Lives, One Home At A Time

When Corina Sell signed the contract to purchase her first property in Melbourne’s Notting Hill shortly after her birthday in 2013, she had no idea the market would reward her so quickly.

“I ended up buying a house for $565,000, and at the time I was freaked out that I was spending more than half a million dollars on a house. But the day after I signed the contract, the market started climbing every month,” she says. 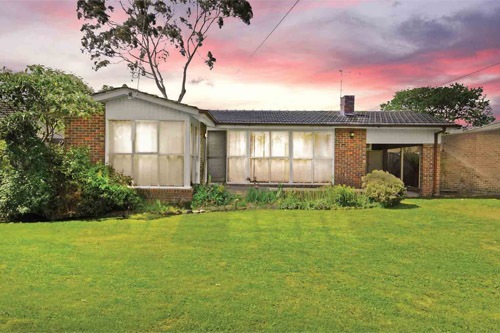 To claim her First Home Owner Grant (FHOG), Corina moved into the property for 18 months, then almost immediately began renovating.

Despite the capital gains achieved by the property, a mortgage of over $500,000 was not going to be easy to pay off.

“I was really ambitious [about the purchase]. I thought it would be no problem. The agreement was to put $20,000 down at the start, which was my FHOG, and $13,000 I had in savings. And then I had to come up with $20,000 six months later, and $20,000 another six months later. I had to borrow off credit cards to make these repayments, and when the third payment came I was really in trouble,” Corina says.

“It was a very tricky time because I was self-employed, my mindset wasn’t right, and I didn’t have the income in my job to get the loan.”

As a result, Corina was forced to make a major decision to move to Sydney six months before the settlement period, in order to take a new job that would boost her income and enable her to ultimately settle the payment on the property.

However, three years after purchasing her first property, its value had risen to more than $900,000, so Corina promptly sold it for a handy profit. 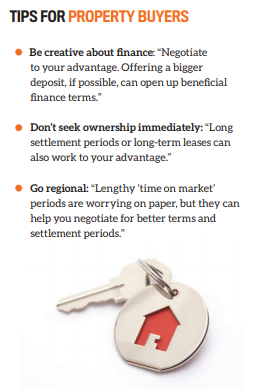 Making a difference
Having had the difficult financial experience of purchasing a property in the city, Corina looked to the more affordable countryside for her next investment. She wanted to focus on cash flow, and soon found a seller who placed a block of eight units on the market in Goondiwindi after struggling with high interest rates.

“It was on a good street, but it was really rundown – they hadn’t been keeping up with renovation. None of the agents in town wanted to manage it, and only three of the units were tenanted. It was bright yellow!” Corina says.

“It was nicknamed ‘The Stables’ – everyone in town thought of this place as really unsafe; there’d been drugs, and there’d been a car set on fire. The police were out there every other day.” Corina negotiated with the seller, offering a $35,000 deposit and an 18-month settlement period. She began renovating the units inside and out, making them more presentable. She also resolved not to alter just the look of the place but also its reputation.

“We had a guy with a disability; an average working guy; backpackers; a girl who had escaped domestic violence; and a couple of mums”

“As I started improving the units, we ended the lease of any tenant who wasn’t right, and had them move on,” she says.

“We started caring a lot more about who we rented the units to – we screened every applicant very thoroughly and started mixing up the people who went in there. That changed everything.”

Corina started with leasing units to out-of-towners who were not aware of the block’s past.

“Locals would shy away from the complex, so we got backpackers in there really quickly because they didn’t know its reputation. When people asked why they were living there, they’d say, ‘Why? It’s really nice!’ And the reputation slowly shifted.”

By carefully placing different types of people into the one complex, Corina was doing more than an overhaul of a downtrodden unit block – she was creating a community. 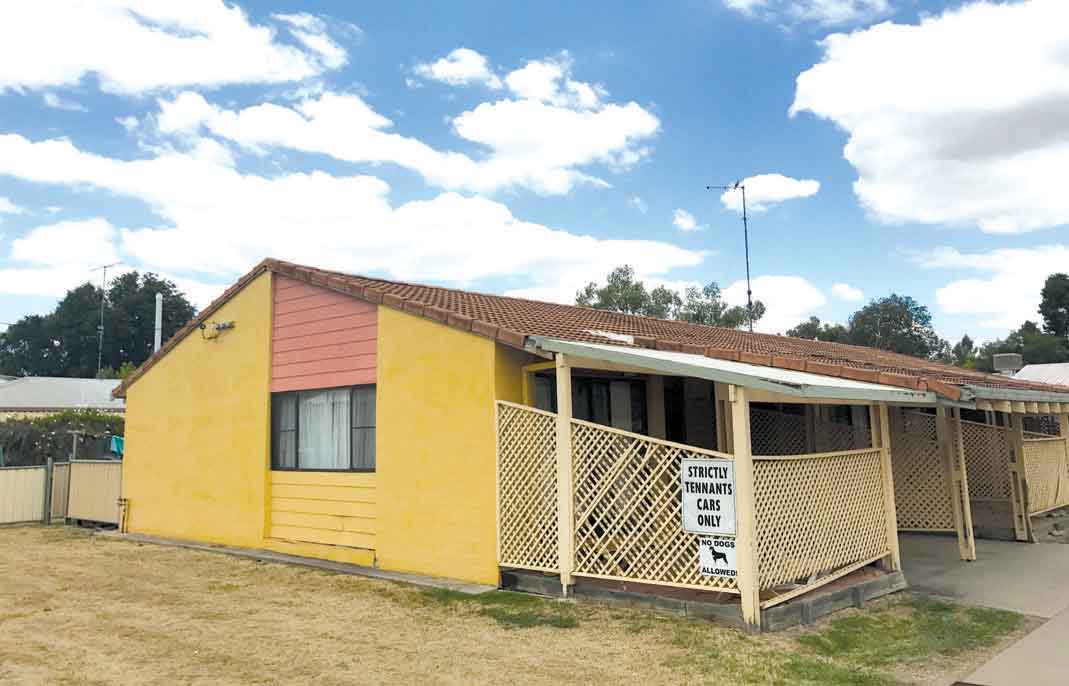 “We had a guy with a disability; an average working guy; backpackers; a girl who had escaped domestic violence; and a couple of mums in there,” she says.

“At one point, a grandma started helping babysit for the mums while they walked down to the shops, because she equated it to playing with the grandkids. The working guy started going around and checking people’s workloads and helping them out. People started to really look out for each other.”

This new caring, interactive environment also began to drive out the crime and violence that had once permeated this block.

Feeling good
The block in Goondiwindi, which is around 350km southwest of Brisbane, has not just become a friendly home. It has also done very well financially since Corina purchased it, as she originally paid $480,000 and it is currently valued at $820,000.

“It’s now $40,000 positive cash flow a year – it’s been great to learn how to do things remotely, and today that’s the investment I’m proudest of. It is something that’s going to be in my portfolio forever. It brings in great cash flow and was fixed up into a great community,” she says.

“Making money alone isn’t fulfilling – it’s a goal. But it’s not like making a difference where you get to feel good about yourself and enjoy the process.”

The success of turning things around in the community has also given Corina direction.

“It gave me confidence, so now when I’m looking at other unit blocks I’m not nervous about the rundown ones – sometimes you need to make sure it’s in the right part of town and know how to fix those issues so you can create a space where people want to live.”

Corina is now focused on creating communities by tracking down rundown properties, renovating them and leasing them out to generate cash flow to the tune of $20,000 profit a year.

“The future is in investing in multiple-tenant properties – I love blocks of units, boarding houses, even multi-tenant commercial properties. I have multiple streams of income and it’s always going to be safer, as one person can move out and we’ve still got rent coming in.”

In addition to changing communities, Corina has also been able to fulfil her original goals as an investor. She was able to take a year off to beef up her investment knowledge and indulge her passion for travel.

“I wanted to have time to myself – I don’t want to be told what to do. I love solo travel; I love meeting people and just being unattached. That’s the kind of freedom property investment has allowed me.”