While Australians are increasingly seeking convenience and low-maintenance surroundings, they still want mod cons and plenty of bedrooms. Developers are responding to this changing buyer profile by building more bedrooms within apartments.

The proportion of three-bedroom apartments being built is expected to increase by 42% for high-density projects that are either currently under construction or due in the next four years, compared with those built over the previous four years across the major Australian cities of Sydney, Melbourne, Brisbane, Perth and the Gold Coast.

Looking at the bedroom configuration of apartment projects across these cities, the share of two-bedrooms built by 2021 will increase from 43% to 48% and three-bedrooms from 10% to 14%.

Four-bedroom apartments will rise from 0.4% to 0.8%. Over this time, the share of studio apartments is expected to halve from 8% to 4%, and one-bedrooms will fall from 39% to 33%. As a medium-density housing option, townhouses have some attractive features and are increasing in popularity: they can have dedicated backyards, and while they’re attached to horizontal neighbours, they don’t have vertical neighbours.

Over recent years, the Australian Prudential Regulation Authority has encouraged financial institutions to tighten lending to investors, but alongside this the market has seen a greater number of owner-occupiers emerging.

Many young families looking to upsize from high-density living are considering townhouse living, given that this has become the more affordable option when compared to a low-density, standalone dwelling, especially for buyers in Sydney and Melbourne.

This ‘missing middle’ has long been identified across Greater Sydney, and was only recently addressed in the NSW Department of Planning and Environment Low Rise Medium Density Housing Code (in effect from July 2018), which allows fast-track complying development approval for one- and two-storey dual occupancies, manor houses and terraces.

Medium-density projects offer developers the less risky option of engaging in a horizontal staged development instead of making a full commitment to a vertical project with the chance that the market could cool.

A medium-density development is also a logistically easier product to build. So, as more buyers continue to downsize or upsize into the townhouse market, it’s likely we’ll see further medium-density housing being built across the country to meet this demand. 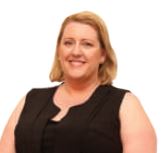