The best markets to buy property in – John McGrath

06 Oct The best markets to buy property in – John McGrath

The Australian property market has kept us riveted for a long time.

And to look to the future you also need to look at what has passed.

In his recent column in Switzer, John McGrath looks at what has been and what will be in the Australian property market.

We have just released our 2015 McGrath Report, which documents not only what’s been happening in Australian real estate (and particularly the Eastern Seaboard) but we also look at the important trends we see shaping the broader national market over the next five to 10 years. 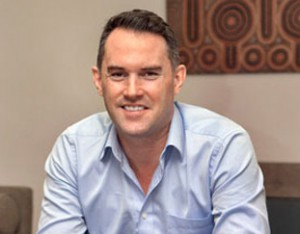 Over the next month I’ll delve into the issues and trends raised in our report in more detail to give you a good understanding of what’s going on and what’s coming up, so you can make the best decisions for yourself and your family in terms of buying, selling and investing.

I’ll start off by saying that I think this is one of the most fascinating periods in residential real estate for the last 50 years.

On a national level, the market is in many different stages of recovery.

These are rapidly growing metropolitan centres that rate highly alongside global cities like Hong Kong, London and New York for lifestyle and commerce.

However, if you look beyond the last few years and review growth in both cities over the last decade, it’s fair to say that longer-term growth rates have not been as extraordinary.

Looking around the country, many other metropolitan markets are in the very early stages of their growth cycle at best.

In some instances, they’re still as flat as the proverbial pancake.

Overall, I believe Australian residential real estate is fairly valued and this will remain the case over the long term.

When you calculate the growing wealth, the unarguably amazing lifestyle, and factor in the currency discount against the US dollar, we remain an attractive place to live and invest.

Across the Eastern Seaboard, here are the specific locations I rate as the best markets to buy in today based on current opportunity and long term prospects for continuing capital growth.

A shift in housing stock from Government-owned to private dwellings is bound to bring a massive upgrade to these beautiful harbourside Georgian and Victorian homes.

Just a five-minute walk to the CBD and Barangaroo, The Rocks is becoming one of the most fashionable addresses in Sydney.

With the recent surging interest from overseas buyers, Kenso will benefit due to its university campus and the upcoming light rail, which will whisk residents in and out of the city and to Moore Park and Royal Randwick.

The gorgeous Northern Beaches lifestyle is attracting great attention from water babies looking for better value than the Eastern Suburbs. We like Curl Curl’s intimate positioning by the sand and relatively easy access to the CBD, compared to its sister suburbs further north.

Murarrie, Brisbane is coming of age as young singles, couples and families priced out of nearby Bulimba, Morningside and Cannon Hill venture in looking to renovate.

Everton Park, Brisbane offers a huge range of properties and there is plenty of value for money. Investors and first home buyers are competing strongly for the lower priced homes.

Over the past two years, Paddington buyers have been venturing into Bulimba, Ascot, New Farm and Hawthorne for better value. Now they are returning following a rejuvenation of Paddington’s café scene.

Paradise Point, Gold Coast has a wonderful burgeoning café scene and offers four bedroom houses for around $700,000 just 200 metres from the water.

Birtinya, Sunshine Coast offers great value and there is plenty of room for growth as the suburb continues to benefit from the ongoing development of the Kawana health precinct.

Crace is a relatively new suburb and very popular with families due to its modern housing, parks, sporting facilities, cafes and schools.

Forde is the more affordable alternative to Crace, with similar facilities but a $50,000 discount on homes. As Crace property prices grow, we see great upside potential for neighbouring suburbs.

Lyons is a gentrifying sleeper suburb next to Curtin, where property prices are peaking off the back of extremely strong demand.

Lyons used to have a poor reputation but this has changed and we are now seeing Curtin buyers expanding their search into Lyons.

Much of the suburb is zoned for medium density development so there is great opportunity for land banking.

Downer is just north of Dickson and will also receive benefits from the light rail and Dickson centre master plan.

It offers close proximity to schools and good prospects for price growth.

With a selection of high quality secondary schools, the area is popular with both families and investors.

Balwyn is one of the city’s most exclusive suburbs with its tree-lined streets, period homes and large blocks.

Some of Melbourne’s best schools have been driving demand from wealthy, affluent buyers.

Million dollar homes are in high demand from a burgeoning Chinese community.

Brunswick is a trendy, multi-cultural suburb with a rich history and a strong rental market.

Townhouses and apartments are popular with young professionals, yet there are still plenty of classic period homes.

Williamstown has the charm of a maritime village with its historical architecture, beaches and parklands.

It’s accessible by train and ferry and has experienced widespread gentrification in recent years through increased interest from younger buyers.