Q: My wife and I bought our own home in 2011. It was a second-hand home at the time, not new. Between 2014 and 2016, we rented this home out with a full depreciation schedule in place. We moved back into our home at the start of 2016 but are going to be renting it out again shortly. Do we still get to claim the original tax depreciation schedule that was made in 2014, or do we need to adhere to the new government tax depreciation rules concerning the plant and equipment on established properties?

A: That’s a great question, and I’m glad you are aware that there have been significant changes to the way second-hand, previously used assets are to be treated moving forward.

“The government has disallowed depreciation deductions on items such as ovens, dishwashers, etc., where they have been previously used”

As of the federal budget announcement on 9 May 2017, the government has disallowed depreciation deductions on items such as ovens, dishwashers, etc., where they have been previously used.

While these new laws are grandfathered and as such are only applicable to properties purchased after the 9 May announcement, one caveat exists to take advantage of these grandfathering provisions: the property must have been income-generating at some point between 1 July 2016 and 30 June 2017.

In your case, even though you acquired the property before the budget, I believe you are unfortunately caught in the net because you were living in your property for the entirety of the 2016/17 financial year. Due to this, those aforementioned items will now be considered ‘previously used’ and you won’t be entitled to claim any further depreciation on them.

In my opinion, the explanatory memorandum issued by the government is a bit ambiguous.

It says: “The amendments also apply to assets acquired before this time if the assets were first used or installed ready for use by an entity during or prior to the income year in which this measure was publicly announced (generally the 2016–17 income year), but the asset was not used at all for a taxable purpose in that income year.”

Again, it would appear that you have not used the assets for a taxable purpose in the 2016/17 income year.

It’s also important to know that the way residential property investors claim depreciation on the building has not been altered.

You can continue to claim depreciation on the structure (all the bricks, concrete, etc.) provided the building was built after 1987.

Need to know
– Household items that have been used previously are not subject to depreciation deductions.
– The property must have been income-generating between 1 July 2016 and 30 June 2017.
– Commercial, industrial and other non-residential property are not covered under the new ruling. 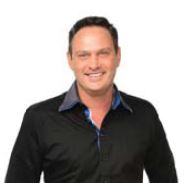