In his column in Switzer, John McGrath discusses new laws to imporve apartment living in NSW

The biggest overhaul of NSW strata laws in four decades is about to make apartment and townhouse living that much easier for more than a quarter of the state’s population who own, rent or manage strata properties.

More than 90 individual changes to strata legislation have been approved by the NSW Government following five years of public consultation.

During that time, they received 3,000 submissions, indicating a lot of interest in the community and a genuine need for change.

Most of the changes are effective from November 30.

Not only are there changes for owners, but tenants are included too, which is an important step given the rising number of people renting their homes these days.

One of the most important changes relates to renovations, making the process easier for owners and removing unnecessary red tape.

Owners will no longer need permission for things like installing handrails or picture hooks.

They will only need 50% support for minor renovations such as installing timber floorboards or renovating a kitchen, and structural renovations will still require 75%.

Owners can set a broader range of community rules, such as allowing or restricting pet ownership, classifying smoking as a nuisance (thus enabling more action to be taken against residents whose smoke drifts into neighbouring abodes), and paying the local council to issue parking fines for unauthorised use of common property, such as visitors’ parking spaces.

There are some common sense changes in relation to how a strata property is run, such as allowing owners to use technology to communicate on issues, participate in meetings and cast their vote.

This includes the use of social media, video and teleconferencing, electronic voting and distributing papers via email.

‘Proxy farming’ will end with owners restricted to only one proxy vote for strata schemes of fewer than 20 lots, or 5% of the scheme for larger lots. 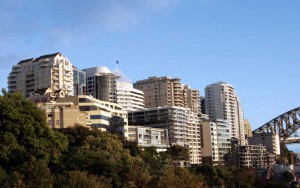 Tenants will have the right to attend owners’ corporation meetings, but won’t be able to speak or vote unless they hold a proxy on behalf of an owner.

The owners’ corporation can vote to allow a tenant to speak on a particular matter and if more than 50% of the building is tenanted, a tenant representative can be nominated as a non-voting member of the ‘strata committee’ (previously called the ‘executive committee’).

A controversial change is the ability for 75% of the owners’ corporation to decide to sell or redevelop their building instead of the previous requirement of unanimous consent.

This could facilitate a major rejuvenation of housing stock in desirable, established areas where 1960s and 1970s apartment stock is common.

The opportunity to develop in prime locations will no doubt be more appealing to developers than greenfield opportunities in Sydney’s city fringes. 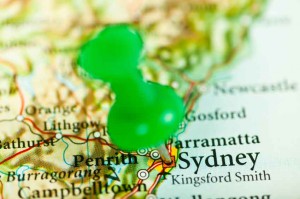 Owners might be able to sell collectively for a much higher price than they could achieve individually, particularly in the case of blocks on very large lots where the land has not been well utilised.

For example, a block of 50 might be able to be replaced with a new block of 150 if the site allows for it, and this sort of scenario would likely result in premium offers from developers.

At an academic level, this sort of change reflects the challenges we face in accommodating a growing population, particularly in Sydney.

We do need to think differently and creatively in order to house an expected 1.7 million new residents over the next two decades.

But you can’t ignore the plight of owners who don’t want to sell in this circumstance.

The new law says they pretty much have to live with the majority decision, or take their argument to court, and this won’t sit well with many people. 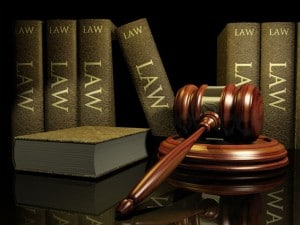 Any plan to sell or renew a building will have to be approved by the Land and Enviro nment Court and owners must receive at least the market value of their lot plus extra money to cover moving costs and other expenses but still, it’s a harsh reality for dissenting owners.

To this end, the Fair Trading Department will set up an advocacy program for vulnerable and elderly residents to provide free advice and referrals to support services.

In the lead-up to November 30, the Fair Trading Department is running a series of community seminars to help people understand the changes.

For more information on the changes and the dates of future community seminars, go to fairtrading.nsw.gov.au.