Posted at 08:45h in Latest Stories by Kevin Turner 0 Comments

Roughly 30% of homes scheduled for auction are sold prior to the big day.

For the buyers who were preparing for the auction this can lead to immense disappointment and frustration.

So how do you get ahead of other buyers?

In his recent column in Switzer, John McGrath gives some tips on how to snag that hot property before someone else does. 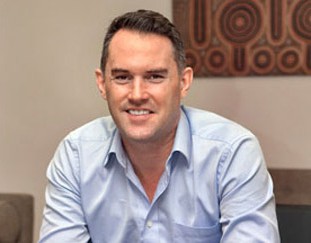 It’s one thing to miss out on a property because it sold above your budget.

That is a reality for many of us.

But it’s an entirely different and much more frustrating situation when you miss out on a property that you wanted to bid on, but it sold prior to auction without you even knowing.

In Sydney, recent auction results published by the Domain Group show about 30% of properties scheduled to go under the hammer sold prior to the event.

If you want to buy this spring – especially in a boom market like Sydney, you have to be prepared to act faster than the typical three or four weeks that a standard auction campaign provides.

The only way a property is going to sell prior without you knowing is if you don’t tell the agent you’re interested. You have to make this known in order to be included in pre-auction negotiations.

These negotiations can happen very quickly – often within 24 hours, especially if the buyer who makes the first offer puts a deadline on it.

Here are my top tips to ensure your dream home doesn’t sell prior without you:

1. In a hot market like Sydney, you need to tell the agent you’re interested as early as possible.

Call them as soon as the property is advertised and even before the first public open.

This is important because odds are, the agent already has buyers interested in the property BEFORE it is advertised online (first notification often goes to database buyers; clients of professional buyers’ agents; and buyers that the agent knows personally from previous dealings on similar homes).

Receiving offers before the first public open is not uncommon in boom markets, so call the agent right away.

There’s no commitment, all you’re doing is flagging serious interest and asking to be kept informed if an offer is made

2. Make sure you have a very strong handle on what your property type is worth so you can make an offer quickly if you want or need to do so.

Most buyers are seeking one type of property but are willing to buy in several neighbouring suburbs.

The price differential between suburbs can be significant for many reasons, including the suburb’s reputation, school catchment zones, proximity to transport etc.

You can research fair market value by looking at recent sales online.

Bear in mind that in boom markets like Sydney, sales data that is more than a couple of months old is already out of date.

Don’t expect to pay in September what you might have paid in March!

Why do properties sell prior?

Here are a few reasons why properties sell prior to their scheduled auction date.

So remember, talk to the agent and make it clear that you’re seriously interested in the home.

Specifically state that you want to be kept informed if offers are being considered prior to auction.