Posted at 15:00h in Latest Stories by Kevin Turner 0 Comments

In his column for Switzer, John McGrath discusseswhat we can expect from the property market in 2017.

The first auction season of 2017 is underway and February 25 is shaping up to be our biggest selling day of the month.

Many of you will be entering or re-entering the market now following the long break.

Whether buying or selling, I wish you all the best with your endeavours.

So, what should we expect in the marketplace this year?

Obviously, the big question is whether Sydney and Melbourne will finally slow down and I’d say yes, that’s likely.

The boom has delivered spectacular growth to home owners in both cities but I’m personally hoping for a period of price consolidation this year.

I don’t expect any major correction to prices but we should expect the pace of price growth to slow down.

Demand is still strong, with the first significant round of Saturday auctions in late January producing clearance rates of 80% in Sydney and 86% in Melbourne, according to CoreLogic.

Just this past weekend, McGrath had a 91% clearance rate in Sydney from 23 auctions.

We are yet to see what will happen with stock levels this year.

A lack of stock was a big issue in 2016 and a key reason why prices continued to rise.

This was problematic for everyone.

As the year went on, buyers found it increasingly difficult to secure a home and the stock shortage was worsened by sellers holding off because they feared not being able to buy back in.

While overall listing activity remains lower across the industry, our auction activity has continued to increase year on year.

We have 542 auctions booked for February across the network (NSW, QLD, VIC and ACT) compared to 517 in February 2016.

In Sydney, 349 auctions are slated for February compared to 344 last year.

It’s an inevitable part of the market cycle following a boom. 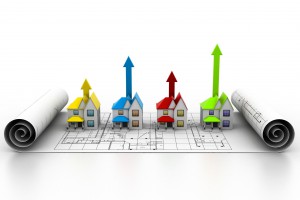 There will come a time when sellers can’t hold off any longer and they’ll come to market, which will reduce the tension between supply and demand and cool things down.

Stock will probably rise in the apartment sector first, with thousands of new apartments coming online over the next two years following a construction boom along the East Coast.

A report from CoreLogic released in May last year predicted 34,300 new apartments would be completed within 12 months in Sydney.

By comparison, about 43,500 apartments are sold per year but this includes both new and established apartments.

In Melbourne, the prediction was 29,500 new apartments within 12 months.

By comparison, 31,000 apartments – new and established – would usually be sold over this timeframe. 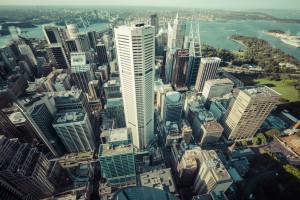 In Brisbane, they projected 16,500 new apartments within 12 months when ordinarily about 15,000 new and old apartments in total would be sold over the same period.

Clearly, there will be more choice for buyers and this will bring welcome relief, especially for younger buyers who have been struggling to get a foothold in property.

They’ll finally have a bit of negotiating power as supply continues to rise, as well as the benefit of government grants and/or stamp duty relief for first home buyers.

However, if you’re looking to purchase a new apartment you need to think long term.

As supply continues to rise, prices might soften for a period and you need to be able to wait that out.

So make sure you have the financial capacity to buy and hold comfortably.

You should also be very discerning in the property you buy.

Look for apartments with something unique and inherently more valuable than typical models – things like an unusually large floor plan or outdoor area, a perfect north aspect and as always, a great location.

If your apartment is unique it will hold its value better.