Is Borrowing About To Get Easier?

18 Dec Is Borrowing About To Get Easier?

Growth in lending to both property investors and owner-occupiers has been slowing since 2017, thanks to tighter lending conditions imposed by APRA and the banks.

Many property investors, home owners and business owners have been finding it more difficult to get finance – or to access as much lending as they used to.

If you’re among them, something very interesting happened over the weekend…

A “Government Mandate” to Lend More?

Over the weekend the Federal Treasurer weighed-in on the credit crunch debate, by explicitly encouraging banks to ease-up on lending restrictions for the “public good”.

There are growing concerns – finally being acknowledged by our politicians – that lending restrictions may have gone too far and now need to be backed-off for the sake of the economy.

The Australian Financial Review reported comments on Friday night from Federal Treasurer Josh Frydenberg, where the Treasurer noted “…housing credit conditions are tighter than they have been for some time”.

He went on to say that “Credit for small business is also getting harder to obtain. At a time when businesses are growing and over 1 million jobs have been created, we don’t want the availability of credit to hold back the economy.”

“Great care needs to be taken around any further changes to responsible lending in order to prevent an unnecessarily restrictive approach to credit.”

It looks like our pollies are waking up to the risk that tighter lending can impact not just the property market, but also broader consumer sentiment, business confidence and economic growth!

Recent commentary by the Reserve Bank suggests that they too are concerned about the economic risks of tighter credit.

It’s often said that there’s nothing common about common sense.

This is certainly true when it comes to most attempts to analyse how financial markets and the economy work together.

For example, the RBA has been puzzled for a couple of years over why there has been little real wages growth in Australia despite the low unemployment rate.

But it should be obvious that when the small- and medium-business “engine room” of the economy is constrained by a lack of access to traditional forms of credit, then this will naturally put a drag on wages growth.

I’ve argued for some time that if credit becomes harder for small- and medium-businesses to obtain, then this will constrain businesses’ willingness to invest – in turn restricting their ability to grow or to deliver any material wage increases to staff.

The reality – consistently overlooked by the RBA – is that lending to small and medium businesses typically utilises residential real estate to secure the loan.

Progressively tighter standards imposed on residential lending over the past 3 years inevitably make it more difficult for business owners to qualify for the lines of credit they would otherwise use towards expanding their business and hiring staff.

This is yet another “unintended consequence” of APRA’s implementation of tighter lending standards, compounded by its failure to provide proper guidance to the banks on a balanced approach for implementing those standards.

As discussed in earlier newsletters, other “unintended consequences” have included limiting borrowers’ ability to switch between banks, by imposing the same restrictive assessments on existing debts as are now applied to new debts.

The direct result for many borrowers – particularly those who have taken out loans in recent years – is that they are now prevented from taking advantage of better deals and lower interest rates, because their revised borrowing capacity under new lending policies will not allow them to borrow as much with another lender as they have with their existing one.

This poorly considered policy approach has created an anti-competitive environment for existing borrowers.

It also unfairly denies many consumers the opportunity to save money and to get themselves into a better financial position by refinancing to more competitive rates. This works AGAINST the principles of financial stability – by leaving some borrowers in a worse financial situation than they might otherwise be in.

Not only is it manifestly unfair to restrict a customer from changing lenders when they’re on top of their loan repayments, there’s absolutely no benefit to the stability of the financial systemachieved by preventing such customers from switching lenders.

Issues like these were clearly not properly considered by the regulators when formulating recent changes to lending regulations (and failing to properly guide the banks on their implementation).

It’s no wonder that earlier this year, the Federal Government’s Productivity Commission delivered a scathing report – criticising APRA’s recent interventions in the lending market as “excessively blunt”, and expressing concern that the regulator’s moves had “either ignored or harmed competition”.

It has taken several months, but it finally looks like the Federal Government has woken up to the issue and is now actually paying attention to these concerns.

A responsible government should step in to mandate change for the “public good”.

But Our Politicians and Regulators Can’t Agree

Right now, the four agencies responsible for financial regulation in this country – the Federal Treasury, the RBA, APRA and ASIC – seem to be at odds, with contradictory policy positions.

The Treasurer is clearly concerned that lending restrictions may have gone too far, and that the current tighter finance conditions risk impacting small- and medium-businesses, as well as household (consumer) confidence and the broader economy.

The Reserve Bank is also commenting on the need to pay very close attention to the availability of credit, implying they’d like to see some relaxation here too.

The problem is that the other regulators – APRA and ASIC – have traditionally had a very narrowfocus on financial system stability.

They’ve not really been required to take into account the broader impact of their policy decisions on competition, consumer/business confidence, broader economy.

This has always been a major failing in the charters of APRA and ASIC, and – as noted by the Productivity Commission – highlights the need for Government intervention to enforce a change in the mandates of the regulators, to put more emphasis on the economic impact of their policy recommendations.

Meanwhile, home owners, investors and business owners are stuck in the middle.

Will the Royal Commission Make Things Better or Worse?

Many people are worried that the findings of the Financial Services Royal Commission will only make things worse.

They’re concerned the past misdeeds of the banks may lead to even more stringent regulations on lending.

However, on this point it’s worth noting two things:

1. The vast majority of examples of poor past behaviour by the banks actually pre-date the recent tightening of lending standards. To quote APRA’s Chairman, Wayne Byres, the “heavy lifting on lending standards has largely been done”.

So it’s doubtful that the Royal Commission will have much to recommend that isn’t already in place.

2. Unlike the charters of APRA and ASIC, the ‘Terms of Reference’ for the Financial Services Royal Commission explicitly require the Royal Commission to consider the impact “for the economy generally, for access to and the cost of financial services for consumers, for competition in the financial sector and for financial system stability” of any recommendations it may make.

In other words, the Commission must take a holistic view of broader economic implications, rather than being narrowly focussed just on the financial system, when putting together its recommendations.

With the Government and the RBA both commenting on the need for great care to be taken in order to prevent an unnecessarily restrictive approach to providing credit, it’s unlikely that the Commission will recommend yet more restrictive lending regulation (or that the Government would actually implement such recommendations if they were put forward).

Essentially, the banks have just been given “permission” by the Government to start looking for ways to soften the rules a little, in order to lend more.

(Ironically, this has occurred just as the ANZ announced tighter standards on the assessment of borrowers’ income and expenses.)

Banks have a certain discretion about how they implement lending regulations and responsible lending principles imposed by the regulators.

Often the guidance provided by the regulators is quite loose, and so – particularly with the spotlight of the Royal Commission – the banks have tended to err on the side of conservatism in order to stay “safe”.

Recently they’ve been more fearful of being rapped over the knuckles by APRA, the Royal Commission or the Government…

But now, with an implied “mandate” from the Government to look at easing credit availability, we can expect the banks will be keen to find ways of working within the rules to offer businesses and consumers more lending.

Keep in mind that banks are in the business of lending money – after all, that’s how they make money!

With an instruction from the Treasurer to take a more “balanced” approach, we may very well see some changes over the coming months…

How Banks Could Make Lending Easier, While Still Playing by the “Rules”

While a sudden “overnight” change is unlikely, over the coming months we may see lenders start to relax some of their more restrictive policies.

For instance, the big banks have recently adopted a very cumbersome approach to the assessment of a borrower’s living expenses, often treating discretionary expense items such as gym memberships, dining out, or entertainment subscriptions like Netflix as if such expenses couldn’t easily be given up – and counting them against a borrower’s loan servicing ability.

(Note that this shouldn’t extend to high risk spending items such as gambling, nor to longer term commitments like private school fees.)

Another area where banks could afford to relax a little is the assessment of alternative/additional forms of income, such as regular overtime, bonuses, dividends and regular contract work.

What could also make a substantial difference would be for the Government, regulators and banks to agree on a more sensible approach to ‘refinancing’ applications.

For instance, by removing the higher servicing test requirement when a borrower is switching lenders if loan repayments are up to date and the amount of lending remains the same or is reduced.

Doing so would promote the principles ofcompetition without adding any risk to the financial system.

Only time will tell what actually happens, and we’ll be keeping a close eye on things.

For more valuable insights from Australia’s most respected property mentors and market analysts, download your free report on “How NOT to ‘Stuff-Up’ Your Property Investing!”  – designed to help you invest smarter and avoid common property investing mistakes. 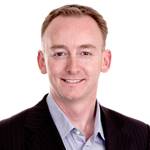