In his column in Switzer, John McGrath discusses how the election has affected the market.

So … we finally got a result!

Talk about drama in our political arena over the past couple of weeks, but in the end, the Coalition got over the line and the biggest thing that means for real estate is no changes to negative gearing or the capital gains discount.

McGrath joined with a number of other real estate companies across Australia to express concerns over Labor’s proposal to limit negative gearing to new properties and halve the current capital gains discount from 50% (if held for more than one year) to 25%.

Our research shows two-thirds of people taking advantage of negative gearing have a taxable income under $80,000.We fundamentally disagreed with the suggestion from Labor that negative gearing mainly benefitted the wealthy.

Moving forward, the end of the election period is likely to result in more market activity.

The usual decline in stock that we always see over the Winter period was partly exacerbated by the election, because a lot of people delayed their real estate decisions.

For example, in the week leading up to the election, there were 811 capital city auctions compared to 2,218 the week before, according to research house CoreLogic. 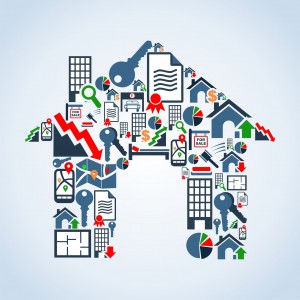 In many cases, an election simply provides another reason for procrastination among nervous buyers and sellers.

But in this election, property tax policy was such a major issue that it’s not surprising many people, particularly investors, chose to wait and see how it all played out.

Now we know there will be no change to negative gearing or capital gains policy, the pathway to Spring is clear.

We usually see a bump in listings in the Spring season as many people perceive it to be the best time to sell.

This year, we might see a bigger bump in listings simply because a lot of would-be Winter sellers delayed their campaigns.

Lack of stock has been a major issue in many of Sydney’s inner and middle-ring suburbs this year, which has contributed to ongoing price growth (8.9% increase in Sydney property values over the first six months of the year) and consistently strong clearance rates in the high 70% range.

A spike in listings over Spring would bring more fluidity to the market and enable more Sydneysiders to make their next move.

What will this mean for property?

The other big political news of late is of course the Brexit vote in Britain.

Well, it’s probably all positive for us because global investors always want to invest in ‘safe havens’ and Australia offers the political and economic stability they want.

We also have a property market with an outstanding history of reliable growth.

I think Brexit will cause some political and economic uncertainty for the UK for quite some time, which will cause continued volatility in global markets.

You’d have to expect that in these circumstances, more global investors might turn to the relative safety of bricks and mortar as their favoured asset class.