Posted at 18:00h in Latest Stories by Kevin Turner 0 Comments

Often overshadowed by Sydney, Melbourne is ready for its time in the sun.

In his regular column on Switzer John McGrath has been examining local trends occurring within each of the Eastern Seaboard’s major capital cities.

This week he takes a look at what’s been happening in our nation’s capital, Canberra.

Here’s what he said:

Over the past few weeks, we’ve focused on market trends in the major east coast capitals of Sydney, Melbourne and Brisbane that we looked at in our annual McGrath Report.

This week, we’re going inland to the nation’s capital, where a two-tier market has formed as house prices rise, while apartment prices stumble.

This year, houses have been performing far better than apartments

For the first time since 2008, we saw three consecutive quarters of house price growth in December 2014, March 2015 and June 2015, which indicated to us that change was afoot in Canberra. 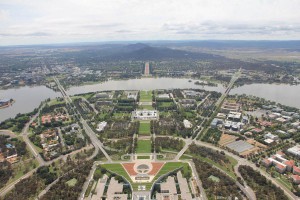 So far this year, Canberra has recorded the third highest growth in house prices behind Sydney and Melbourne, with values up 4.7% as of the September quarter, according to newly released figures from CoreLogic RP Data.

This price growth has largely been due to a lack of houses for sale, which has created a favourable supply/demand dynamic for vendors.

However, this appears to be over, with Budget papers showing only 70 jobs are expected to go in FY16, and this is injecting some confidence back into the market.

Canberra has the highest incomes of the capital cities, so it is less likely to experience the affordability issues of Sydney, and this is also underpinning house price stability.

Families on good incomes in secure jobs are now happy to upgrade their homes, especially while interest rates remain so low.

The ‘Mr Fluffy’ buyback scheme, under which the government is buying back homes contaminated by loose-fill asbestos, has provided a significant boost to the market.

Of the 1,022 homes affected, 1,014 are participating in the scheme and 879 offers had been accepted as of early August, with a further 59 acceptances by late October.

Home owners have been well-paid for their asbestos-ridden homes, and with the additional benefit of a stamp duty credit on their next purchase, they have had a significant advantage over other buyers.

Most Mr Fluffy home owners have sought to buy back into the same areas, but some have taken the opportunity to move from older outlying suburbs into the blue-chip Inner North and Inner South, or the Gungahlin region where brand new suburbs, houses and amenities are very appealing.

The city’s apartment sector will remain soft for the foreseeable future, with ABS data showing a further 2,917 approvals for 2014-15 – the highest number in three years.

Massive stamp duty concessions available through the Over 60s Home Bonus Scheme have proved popular in the Inner North and Inner South.

Introduced in 2014 for a period of two years, the scheme has encouraged many older couples to downsize into single storey houses or townhouses.

In other news, excitement is building around the planned Capital Metro light rail project connecting the city to Gungahlin.

It will create jobs, take cars off the road and reduce the city commute to 25 minutes.

This is more important for the future, as current analysis predicts the morning run could take up to an hour by 2031 without the light rail in place.

The light rail will also connect the growing Gungahlin district to the vibrant restaurant scene of the Inner North and CBD, so we see a great lifestyle benefit here too.