Sally Lewis had the typical property investor’s dream in mind when, in 2010, she bought her first investment property with her husband, Owen.

“I was interested in property investing from an early age and wanted to create a portfolio that would ultimately allow us the ability to retire earlier, spend more time with our future family, and fulfill dreams to travel and enjoy life without the demands of long-term, full-time work,” she explains. 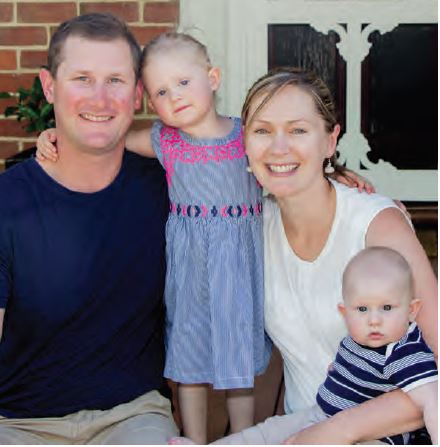 “Initially, I was influenced by successful investors who had purchased a large number of cheaper, cashflow positive properties.”

The couple’s first investment was made with the goal of buying several similar properties in the hope that the profit from rent would eventually serve as their main source of income. However, Sally soon figured out the negatives of investing with such a strategy.

”We realised the downfalls associated with lower-entry properties – they’re higher maintenance, lower capital growth, and attract less reliable tenants. So we started to look for slightly more expensive properties in areas that were more likely to off er better tenants and better growth.”

Sally and her husband used some of their savings, as well as the equity from their first personal home, to do a minor renovation. After spending 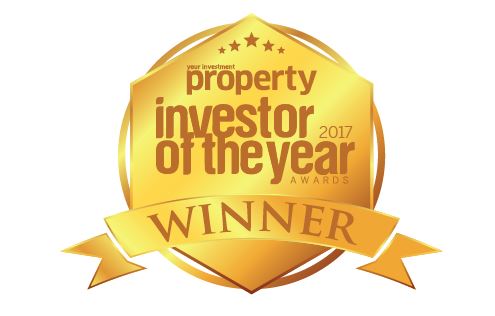 about $3,000, the changes they made to the property boosted its value by approximately $15,000. This motivated Sally to make an important change to her investment strategy.

“We looked to find underpriced property that we could add value to through small-scale renovations,” she says.

Sally has therefore shifted her focus towards rundown properties that show potential.

“We are looking for places that are poorly presented and a little on the tired or ugly side,” she says.

Not only was Sally able to enhance the value of these dwellings, but she was able to increase the rental rate she could set. The appeal of her investment properties is also enhanced by her careful consideration of a property’s location and the available amenities in the area.

“We’ve tried to ensure the properties that we buy are located in areas that have diversified industries – tourism, farming, manufacturing, military, education, etc – rather than looking at smaller towns that might be heavily reliant on one or two major employers.”

Sally’s Thurgoona investment fit these criteria as it was surrounded by shops and parks, and near a school, supermarkets and other facilities. Later, when she purchased her Wodonga property, she saw its potential for subdivision as holiday accommodation, since the suburb is located on the Rail Trail.

“While I have often looked at investing around Australia, we have always ended up buying in regional areas around where we live, as
I feel I have a better understanding of the market and it gives us the ability to undertake renovations easily,” Sally says.

It was close to home in Myrtleford, Victoria, that she made her most favourable investment in 2015 – a block of two three-bedroom units just a short distance from the shops in town that Sally was able to purchase for under the selling price.
“At the time the units were being leased for $170 and $180 ($350 total). We renovated the top and bottom units for approximately $45,000,” she says.
“The renovations included new double-glazed windows, two new kitchens, two new bathrooms, painting throughout, landscaping and new fencing and carports.”

The process was difficult, as Sally was nursing an eight-month-old baby at the time and her husband was working full-time. However, their hard work paid off  when the property’s value was boosted to $380,000 and the original rental rate to almost $200.

WHAT DID THE JUDGES SAY?

“Sally has started off small, learning the ropes and then tackling bigger projects. This portfolio will probably not appreciate as quickly as many capital city properties, but good gains have been made through manufacturing equity utilising renovation strategies, and healthy yields should keep this portfolio chugging along upwards in a positive manner”

“Sally and Owen clearly understand the importance of getting properties for the right price and living in reasonable proximity, allowing the renovation to be managed effectively. I particularly like the way their strategy has evolved over time and takes changing market conditions into account”

From minor to major renos
Despite her triumphs, Sally’s investment journey hasn’t been without its challenges.

“I believed the claim that properties will double in value every seven years or so. I thought we could just buy and hold our properties and watch them rise in value over the years,” she says.

“While properties may have increased a lot in certain cities during the last seven years, regional areas have not experienced the same growth.”

This discovery has been the impetus for Sally to go further as a property renovator and move from small-scale cosmetic renovations to more major overhauls in order to generate more equity and increase rental profit.

“Regional investing is very different from investing in blue-chip markets in capital cities, and so you have to be adaptive and creative in order to make money. Shifting away from a purely cash flow mindset to more of a focus on capital growth and equity creation has been important for us. The increased cash flow from higher property values has been the bonus.”

“We had to spend around $100,000 in all to conceive our two children, and were still able to purchase eight properties in seven years, so I think we did pretty well!”

Expanding horizons
Sally aims to remain flexible and creative in her investment strategy in order to work around ever-tightening lending criteria.

“I think with changing markets and changing lending restrictions you have to be flexible and adaptive as an investor and choose the strategy that best suits your situation in both the short term and the long term.”

Eventually, Sally plans to expand her portfolio to other parts of Australia.

“Ultimately, we try to purchase in places where we know there will be a growing population, investment in infrastructure and high demand for rentals. This will hopefully translate to increased capital growth in the future,” she explains.

Being a mum with two kids isn’t an easy position for a renovator to be in, but Sally makes it work by being cautious financially and making sure that property investment does not limit the couple’s personal goals. 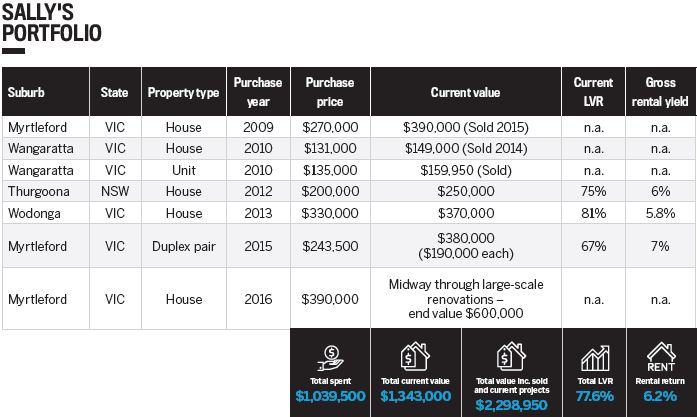 “We had to spend around $100,000 in all to conceive our two children, and were still able to purchase eight properties in seven years, so I think we did pretty well!”